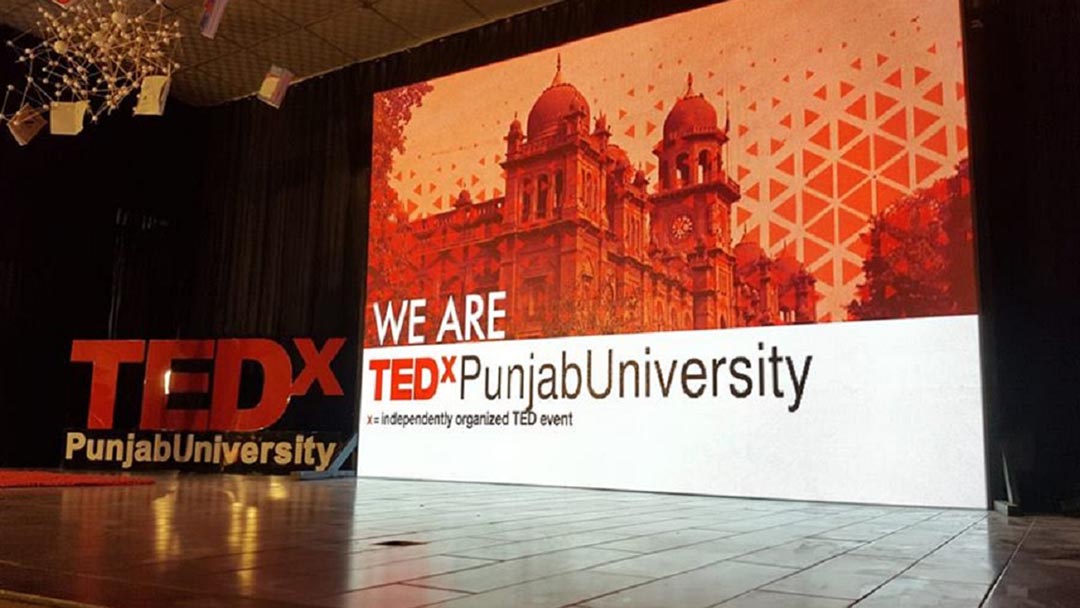 Saturday, December 1: The famous red carpet of the TEDx stage, over which some of the biggest names in the world have stood and left audiences awe-inspired, was set up for the second time at Punjab University – Lahore, in the Department of English Language and Literature, featuring a lineup of speakers that ranged from educationists to cricket legends, and Postshive was given the privilege of being a media partner of the prestigious talks. This edition was titled ‘Umeed-e-Bahaar’, meaning the ‘Longing for, aimed to bring out stories of societal growth, change, mental health and an individual’s constant want for self-improvement and achievement.


For those who don’t know, the TED platform began almost thirty years ago as an avenue for remarkable individuals to come forward and share their ideas and stories with the world. Now, the platform has expanded to almost all countries of the world, with talks being made available to view for free, translated in all major languages. TEDx events, though, are independently organized events, where talks are aimed more at local communities.

The event was kicked off on a rather chilly December morning by Dr. Sumera Jawad and Dr. Maliha Uroos, both faculty members of the Punjab University. Dr. Jawad took to her works of art to encourage those in attendance to think outside the box and adopt new ideas, while Dr. Uroos, a Synthetic Organic Chemist and Leslie Crombie Prize winner, explained how she perceived molecules containing the likes of Carbon, Hydrogen and Oxygen as marvels of architecture, and how they could be used to tackle large scale problems like the smog Pakistani’s experience in the winters.

Marina Iqbal followed, who is a former Pakistan Women’s Cricket team captain, and Pakistan’s first female commentator, explained how she was caught in a battle of fear and passion, and how her passion eventually triumphed, and urged the audience to follow her lead and take the leap of faith and fight for their dreams. 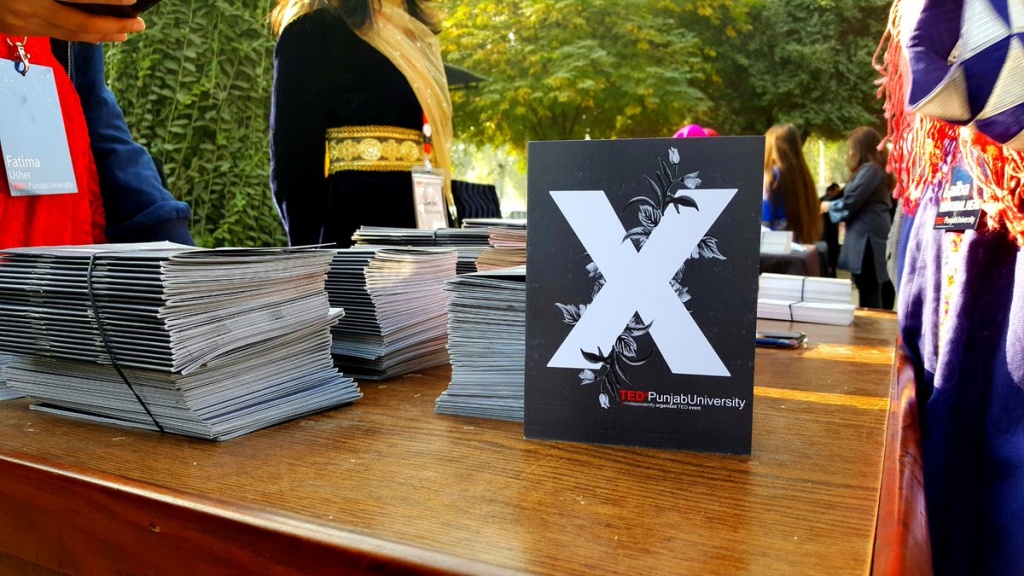 Next up, followed by the mid-session networking break, was Dr. Osama Siddique, a faculty member of Harvard Law School and a writer, who gave Umeed-e-Bahaar a historical perspective, elaborating on the contiguous element of change in our society while giving a walkthrough of the most glorious of cultures and eras of the sub-continent. Hamza Ihtishaam and Ibrahim Zauq then took to the TED stage, to share their take on how their professional endeavors in Electrical Engineering and Photography, respectively, are helping those struggling with mental health, an illness not given enough heed in Pakistan.

Pakistan’s first female commentator and former Cricketer and captain, Marina Iqbal, and her message of following your dreams and overcoming your fears resonates with every member of the audience. #TEDxPunjabUniveristy pic.twitter.com/8FLvUCld5j

As the second networking session commenced, a tall, bearded and crisply dressed legend was seen being escorted inside the department premises by the management team – it was Inzamam Ul Haq, and we couldn’t wait for the break to get over. A man who needed no introduction, Inzi was welcomed on stage with an applause the audience seemed to have reserved for him alone. The hundred-odd crowd in the hall listened intently as one of the greatest batsmen in the game of cricket shared his story of how despite having achieved everything in the game he loved, he was still left unfulfilled. It was when he embarked on a spiritual journey that he realized that true fulfillment only lied in healthy communal living, which stood on pillars of forgiveness and kindness. He was applauded off stage with even more enthusiasm by us in the audience. What a man! 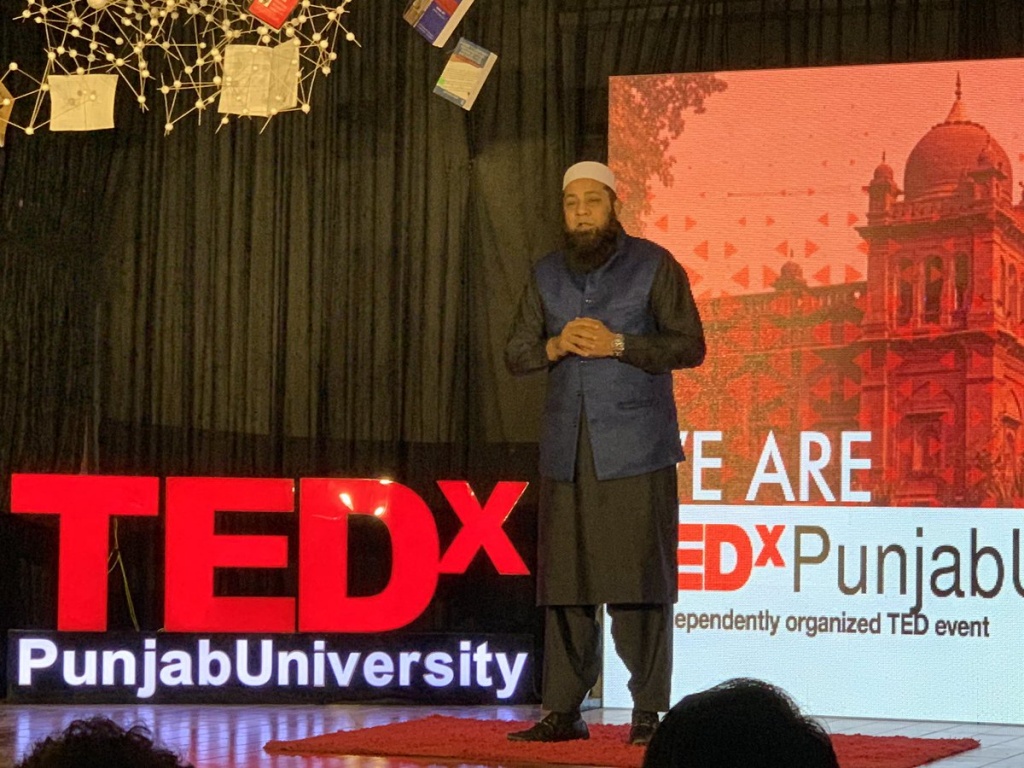 In the final two talks of the event, Tina Hameed, a seasoned educationist, addressed all present and future parents in the audience to allow their children to grow by permitting them to make mistakes. “We’ve incapacitated our students and our children”, she said. Influencer and model, Rabia Butt, was the last speaker on stage, who shared her take on ‘madness’, and how she thought it was the key to any achievement in life.

Here are some of the highlights of the event: 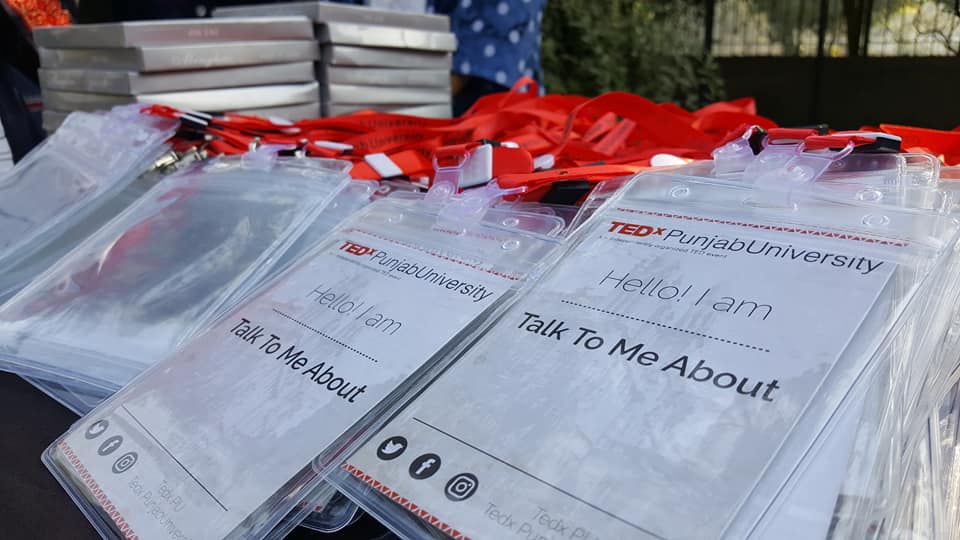 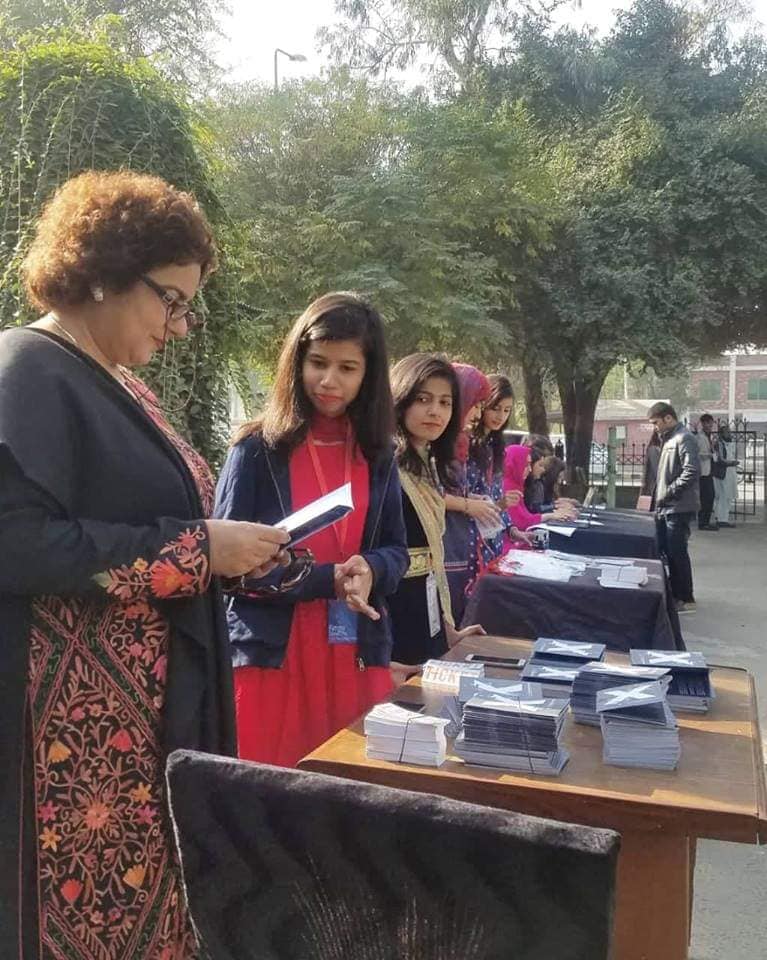 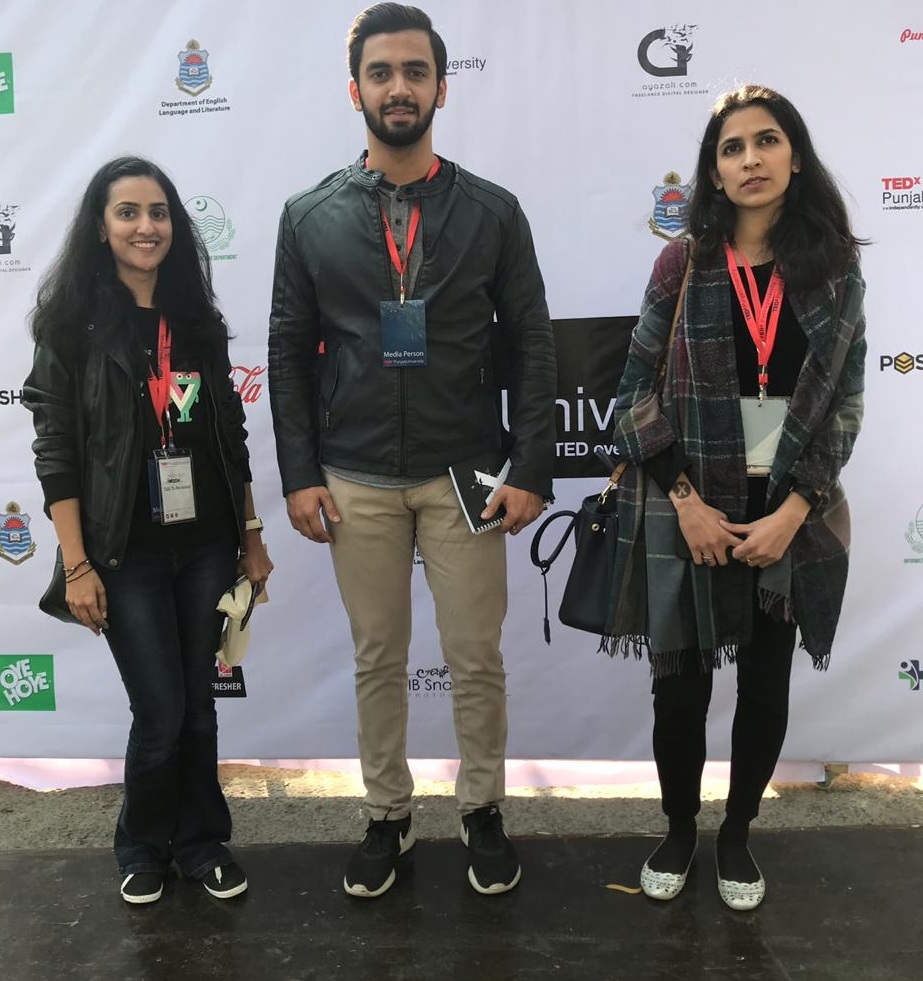 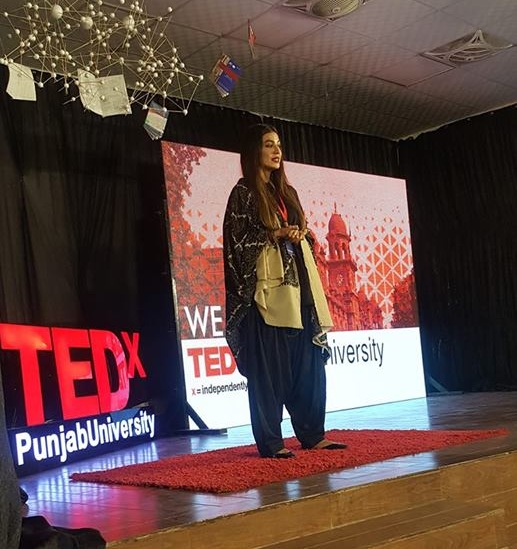 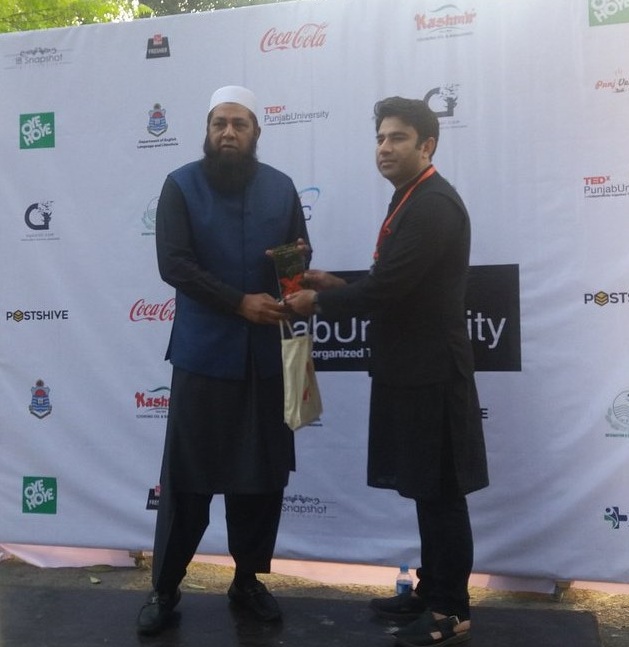 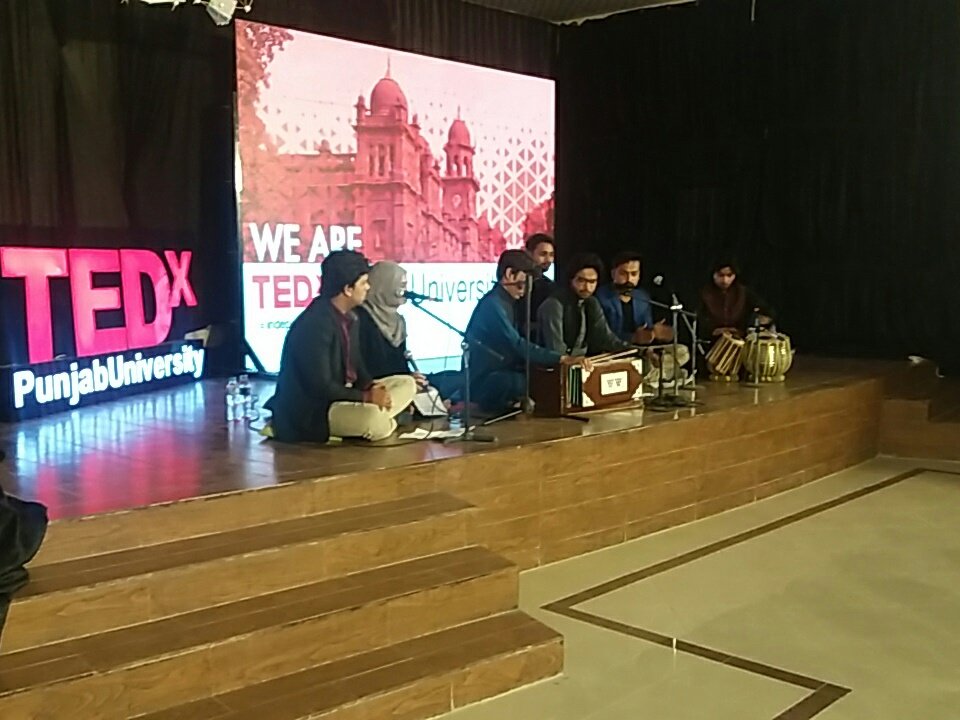 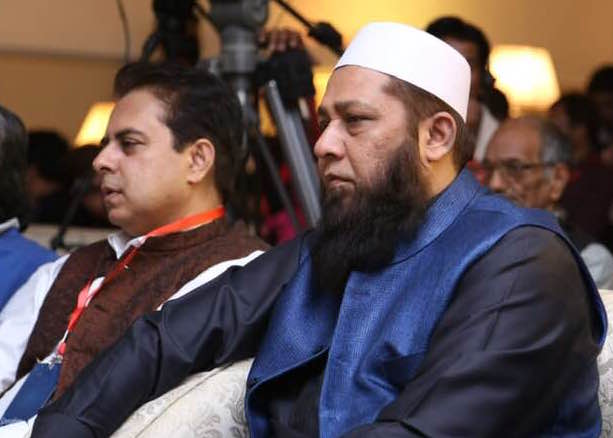