Almost five years ago now, probably the most famous murder case to come out of Karachi in recent memory occurred, when Shahrukh Jatoi, the son of a wealthy land lord and businessman from Sindh, killed Shahzeb Khan. Jatoi was since tried for murder, and was even given a death sentence, but the tide seems to have turned in favor of the influential family.

When the incident occurred in late 2012, it spark a public outrage never seen before, as millennials got out to the streets of Karachi and united in favor of the deceased. The protests were also aimed to bury the widespread notion that Shahrukh Jatoi would evade justice because of his influential family, indicating just how fed up Karachiites were with the Wadera system prevailing in the province. 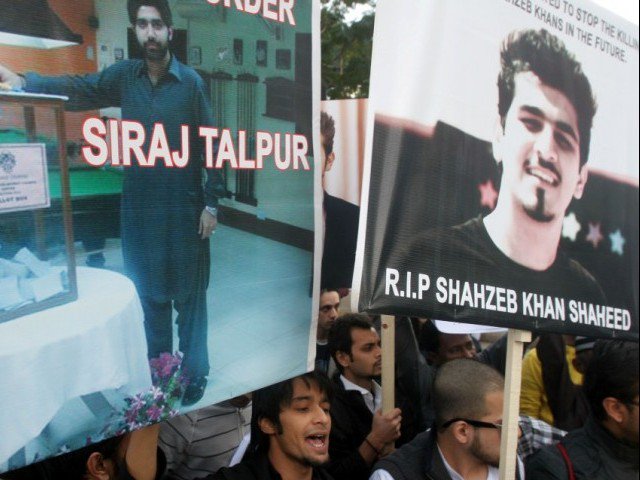 Shahrukh Jatoi was ultimately tried in the Anti Terrorism Court (ATC) and was consequently given a death sentence along with another of his friends involved in the incident. The two other friends were given life sentences for involvement in the murder itself, and also for harassing Shahzeb Khan’s sister. Jatoi appealed against the ruling in the Sindh High Court, which upon reviewing his case, has now stripped him off his sentence and has ordered the retrial of the case. The court believed that Jatoi’s offence was not an act of terrorism, and thus the verdict from the ATC stood null and void.

Shahzeb Khan’s family had legally and publicly pardoned the killers of their only son, but the details behind the deal seem much more malign. It is reported that Jatoi’s family paid a total of about 30 crore rupees in ‘blood money’ for the demise of their son, along with a few properties in Pakistan and abroad. Shahzeb Khan’s father was DSP in the Sindh Police at the time. 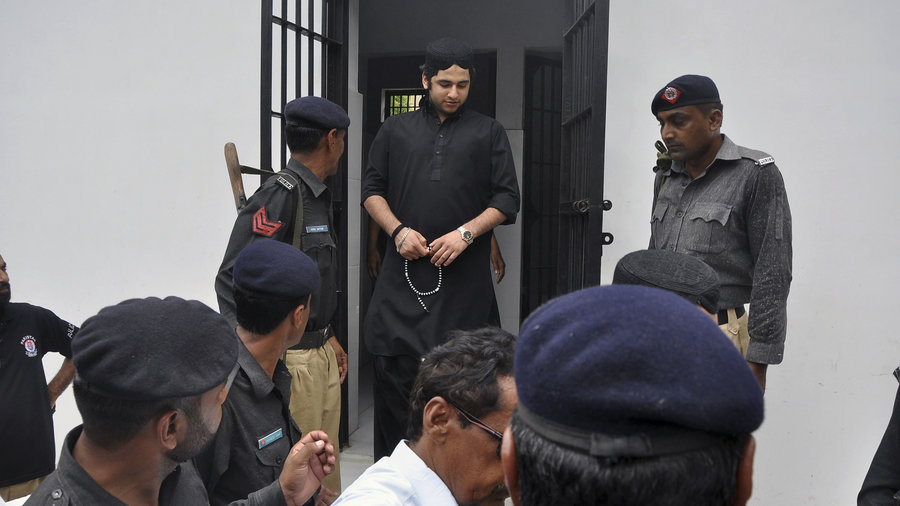 Many around Pakistan have perceived this to be yet another case of the powerful evading justice in the country:

Sad day…20 yr old Shahzeb killed by Shahrukh Jatoi and Shahrukh gets convicted but gets away once more…Back to square one..Law is blind but humans are not…#AwaazUthao pic.twitter.com/enFyfL7VO3

Gotta admit. Watching that thug, Shahrukh jatoi with that smug face of his really ruined my day#Justice4Shahzeb

Today when Shahrukh Jatoi was laughing & dancing with joy after court’s verdict it was like Crime, terrorism & filthy barbarianism laughing on the face of every single innocent Pakistani.

All I hope is that shahrukh jatoi and his family go through the worst pain imaginable in this life and the next. May everyday bring worse things in store for shahrukh jatoi ameen