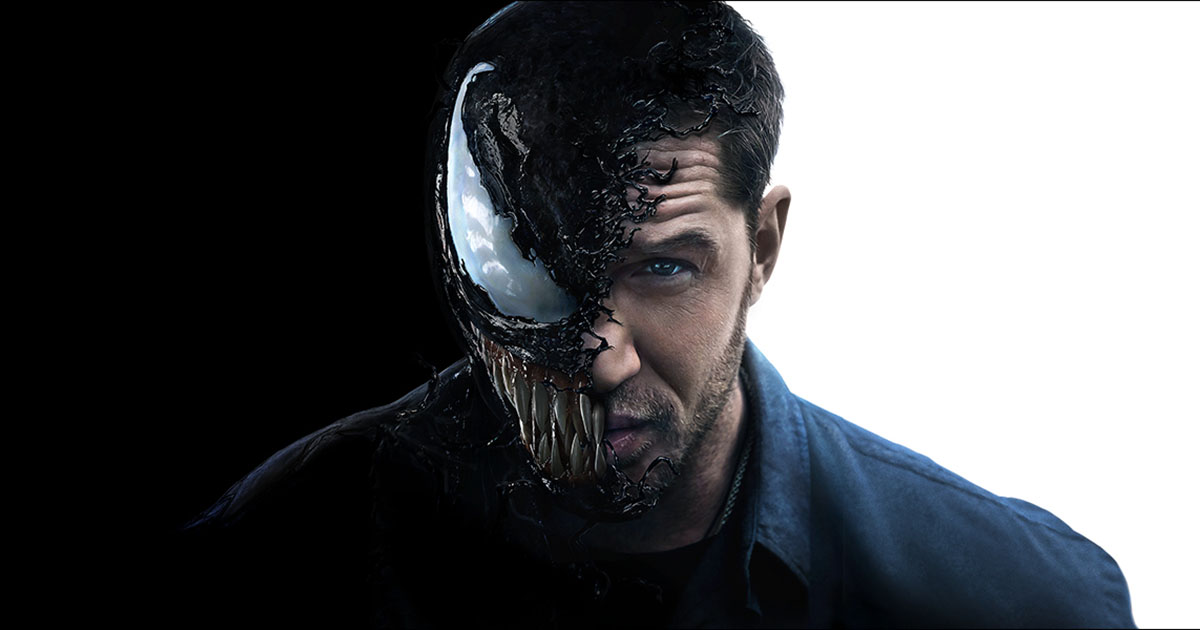 
Venom’s main protagonist is the knockout, Tom Hardy with Michelle Williams and Riz Ahmed as the antagonist. For this article we will highlight the parts of the movie the most relatable to us, the desi audience.

Proceed with caution: spoilers ahead!

The plot circles around Eddie Brock (Tom Hardy), who is an investigative journalist. He gets an interview with Carlton Drake (Riz Ahmed) who is the CEO of Life Foundation and he intends to commix humans with alien organisms called ‘symbiotes’. Brock finds out about Drake’s human experiments and confronts him-which costs him his job.

In order to find evidence against Drake, Brock comes into contact with a “symbiote”, that becomes a part of him and gives him mind-blowing powers. He later on feels an unsteady hunger and has a wild urge to bite people’s head off.

When it comes to live-action movies Marvel is doing one heck of a job. We might get a lot of raised eyebrows from our DC fans but nonetheless for saying this but Venom was hilarious, the storyline was gripping, the graphics and the visual effects were to die for- Especially the scene when Venom and anti-venom are having their final brawl.


Since Venom is a character from the Spider-man universe, the fans had a mixed reaction to Venom and a lot of questions were being asked when it was heard that a Spider-man character is getting a movie without Spider-man.

The overall appearance of Venom is very close to the comic books, just minus the white spider symbol on Venom’s suit. We got a glimpse of this anti-hero in Spider-man 3 but in case of Venom he is shown as the ultimate champion, on his quest to save the world with Brock. Venom transition is the make or break point, the transition in the movie takes an influence from Spider-Man: The Animated Series and gives it a more horrifying look than the comics. 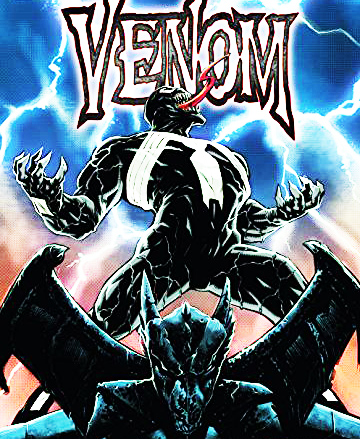 A seizing element of the movie was the dialogue, “I have a parasite.” The way this was executed was comic and bright at the same time. Apart from this dialogue the overall character of Venom was highly amusing and entertaining, the fun part of it was that the voice was so murky and when he made a snarky comment, it made it even more humorous.

Lastly, how can we forget Stan Lee’s cameo appearance?

There is no comparison with Hollywood but even in blockbusters there are moments when you can’t help but think, “Hmmmm…. This part reminds me of the time when my khala gave me those horrible Gucci shoes.” Same is the case with Venom, there were bits of it where the desi side couldn’t help but scream.

The first desi bit was when Brock has to interview Drake and a new email appears on his fiancé’s laptop regrading Life Foundation, Brock’s intrusive nature forces him to open that email, knowing that if his fiancé finds out he will be in big trouble. This part reminded me of those men who can’t seem to mind their own business and they have to know what their wives, fiancés or girlfriends are up to. Doesn’t matter if it’s personal or professional, men can’t seem to keep their noses out.

Another desi aspect was when Brock asks Venom, “What made you change your mind?” Venom in his dark voice replies, “You did.” (Since he was evil at first and was planning to end the human race but later on he realizes that no, earth is actually nicer than his own planet) You could hear people going ‘Awwwwww’ over this but to be honest it was kind of cringe worthy and it caused me to remember those mawkish Hum TV dramas.

Contrary to what we’d heard, this movie is actually quite grand, especially if you are a fan of Marvel. Directed by Ruben Fleischer and produced by Columbia Pictures, this film should definitely be on this season’s must watch list! Here’s where it is currently showing in Lahore, Karachi and Islamabad.