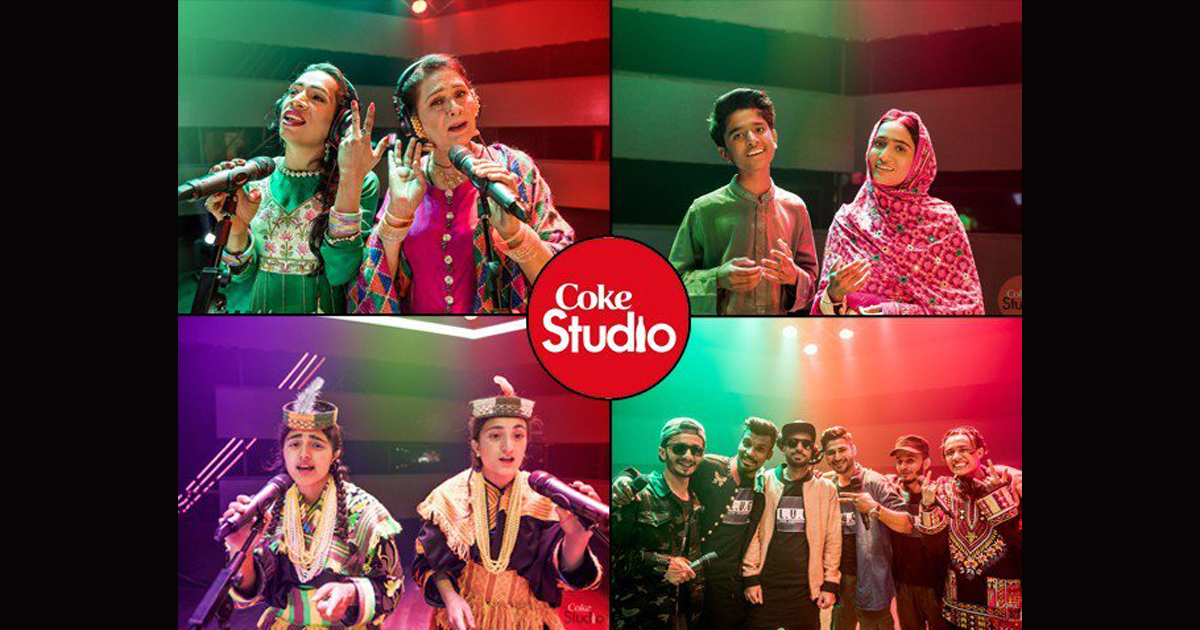 Musicians Ali Hamza and ZohaibKazi, the new producers and directors of the most awaited show of the year, continued the legacy in Coke Studio season 11 of making songs enriched with original and distinct cultural tunes and compositions.


Though the splendor of Coke Studio seems to be fading since the departure of Rohail Hayat, here are the various sounds-and traditional attires- of the nation(pun intended) that Coke Studio season 11 still bought to the table… 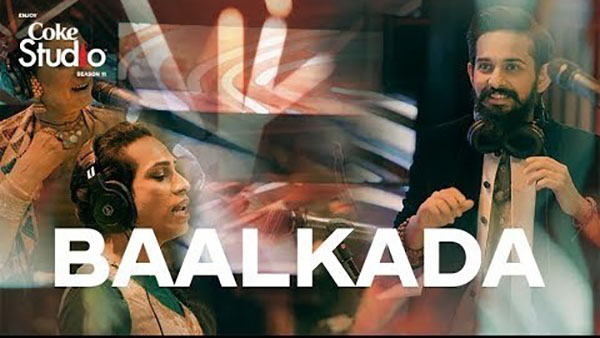 This song will bring you to your feet and would want to plan your dance moves for any upcoming wedding. The occasional halts in the song when they all say thaa is the most fun part of the song. This number from Coke Studio season 11 is a reflection of ‘theeth Punjabi’ language.

The outfits of Lucky and Naghma by Jeem, styled by Amna Niazi, with the vibrant colors and the traditional jewelry, complement accentuate the desi vibes of the song! 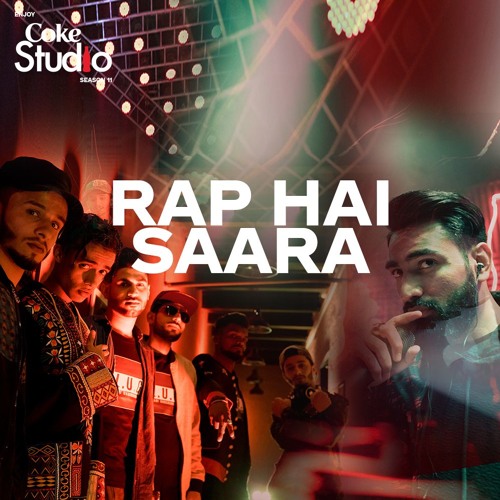 You will be floored to see the drive and enthusiasm of Lyari Underground and Young Desi the young rappers in this stellar performance! This beautifully eccentric blend of hip-hop and rap in Balochi, English, Urdu and Punjabi is no doubt our most favorite track from Coke Studio season 11!

The inter-mixing of hip-hop and rock amplified with the dhol plus the sound effects and the lighting, gives this track the extra ‘wow’ factor. There is no culture or tradition highlighted in this song but the way they have stirred four languages; it has created a whole new level of rap. 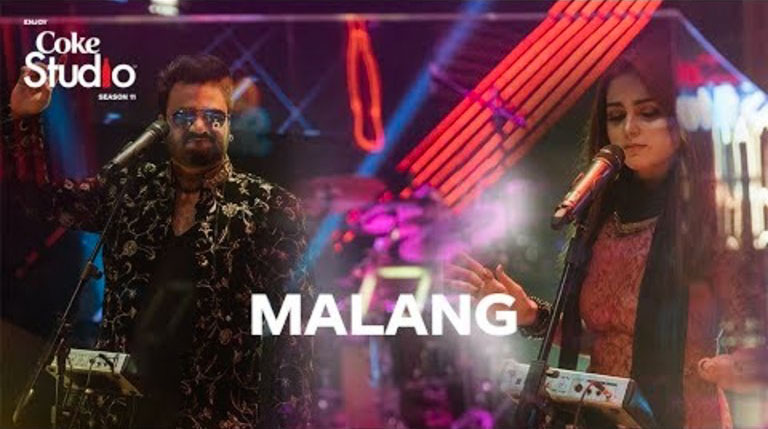 Performed by Sahir Ali Bagga and Aima Baig, a love song that talks wildly about passion being the supreme expression of love.

This Saraiki traditional folk song, written by Imran Raza and Chan Kitthan and originally performed by Zeeshan Khan Rokhiri and has a relaxed feel. Bagga and Baig’s powerful energy takes it to a whole new level: the modern adaptation of this folk classic brings together various musical elements while staying true to the roots of Saraiki music. This rendition in Coke Studio season 11 blends banjo, flute and dholak with guitars, bass and drums creating a hybrid of contemporary and classic.

As much as we love the energetic and compelling performance of this revamped version of the Saraiki song, the sartorial selections of both the singers could’ve been better. They did not do justice to the Saraikiattaire: their tradition is wearing a shawl or chaadar on shoulders with shalwarkameez while the singers look is more of a Punjabi look with Sahir’s black sherwani like coat with gold embroidery and Aima wearing palazzos with a long kameez. 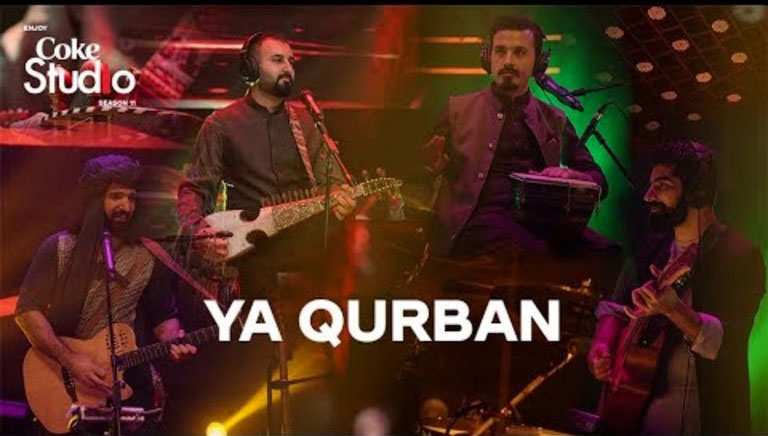 This Pashto instrumental performed by Khumariyaan, is like manna to the ears!

‘Khumar’ mean intoxication and those who create the intoxication are known as ‘Khumariyaan’. Indeed, YaQurbaan  intoxicates us with the original Pakhtun music, juxta posed with folk rock through dhol, tabla, rabab, sitar combined with drums, guitars and bass-the romanticism in the features of a woman who is going to get water in her ‘matka’ is raw and intense in this masterpiece from Coke Studio season 11!

Along with the convincing performance, the musicians stayed true to the traditional Pashto clothing. They wore kameez and loose shalwars– and one of them even wore a sleeveless vest with a loose end dangling turban. The cheery on top was seeing two of the band members doing atan (a traditional dance) by the end of the song. 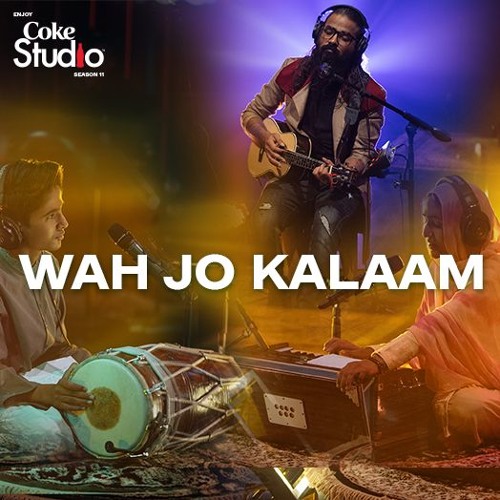 The stirring voice of Asrar makes a come-back in Coke Studio season 11 and this time, it’s accompanied by the melodious brother-sister, bhajan singing duo from Sindh, Shamu Bai and Vishnu.

Their song draws attention to the remarkable poetry of ‘Shah’ (Shah Abdul Latif Bhatai) and in essence, is an ode to Sindh: it reflects on the beauty of Hyderabad, the Earth, the water, the sea and the colors of ‘Ajrak’ and its fabric.

Sindhi culture is all about love, cultural and artistic values. Shah’s verses in Sindhi parlance are blended with Indian raag and when rendered in Asrar, Shamuand Vishnu’s stirring vocals, ‘Wah Jo Kalaam’ is a phenomenal composition, intermixing the harmomiun, guitar, tabla.


Which of these is your favorite from Coke Studio season 11?