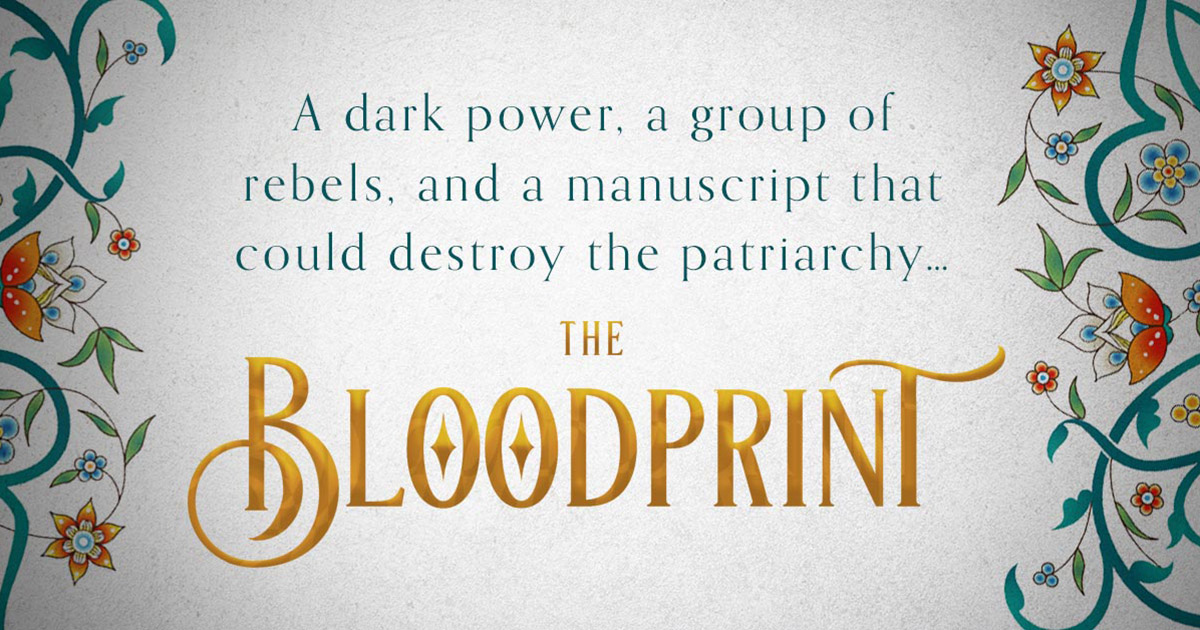 If you are a feminist and love ‘Game of Thrones’, ‘Lord of the Rings’, ‘Harry Potter’ or even ‘The Vikings’, then this desi  fantasy will keep you on your toes!

In “The Bloodprint”, Ausma Zehanat Khan champions Arian, a female vigilante who is set to destroy the tyrant, ‘The One-Eyed Preacher’, in a land of extraordinary wars, magic and romance.

“The Bloodprint” revolves around the land of ‘Khorasan’ that consists of fictional cities: ‘Hira’, ‘Candour’, ‘Marakand’, ‘Ashfall’, ‘Firuzkoh, The Turquose City’, ‘The Wandering Cloud Door’, ‘The Wall’, ‘Black Aura Scaresafe’, ‘The lands of the Negus’ and many others. ‘The Plague lands’ is The Talisman territory, the backdrop of all the action.

Much to our feminists’ delight, the story’s protagonist is Arian , First Oralist, a Companion of Hira which is created- a group of rebels versed in the power of ancient scripture who have set out to destroy the One-Eyed Preacher by finding “The Bloodprint”. This fierce rebel is determined to free the oppressed women- whose husbands and children have been killed or held captive by the Talisman.

Along with Arian, centre stage is her loyal side-kick Sinnia, from the lands of Negus. With her close-cropped hair and ebony skin, Sinnia is considered an outcast in Khorasan. They were schooled in the stories of the hijra (Migration). Both these revolutionary vigilantes share the same fervent objective- to annihilate the Talisman’s existence and free the cities from imprisonment. Then we have Wafa, a Hazara boy from Candour who Arian and Sinnia rescue from the brutal captivity of the Talisman.

Since no book is complete without romance, Khan weaves in forbidden love in the plot intertwining Ariana ande Daniyar, the Guardian of Candour (a city in the south of Khorasan captured by the Talisman, home of the Silver Mage).

There are many elements in The Bloodprint that the local audience can relate to. For Example, Khorasan is the old name for present age Afghanistan but in the book the cities of Khorasan are made up, just like this there are many more religious and historical relevancies that are taken from history, Urdu/Persian language and religion itself, making it more relatable to the desi audience.

Khamsa: One of five mythical mares. Out of these five one of the mares belong to Arian- Safanad. ‘There would be food, comfort, warmth and stables for khamsa.’

Khamsa actually is a popular hand symbol found throughout the Middle East and northern Africa  popularly called “Hamsa”,  The hand, the eye, and the number five figure relate to warding off the ‘evil eye’, significantly in Arabic and Berber cultures.

Hazara: People of central and east Khorasan, persecuted by the Talisman. Their territory is called ‘Hazarajat’.

“The Talisman call us people of unbelief. The One commands our death, they say.”

The Hazaras are one of Afghanistan’s largest ethnic minorities. The Hazaras are considered outsiders in their own country due to religious biases and have been persecuted throughout history. Hazaras were sold as slaves as late as the 19th century. Those living in rural areas were denied public services.

Tahweez: A gold circlet or circlets, worn on the upper arms by the Companions of Hira, inscribed with the names of the One and the opening words of the Claim.

“Did her willingness to yield her tahweez signal anything other than a momentary softening?”

A tahweez is any object that is imbued with protective powers, and its manifestations can be seen in all cultures.

After reading the tagline, ‘In the land of the blind, the one eyed man is king.’ one can easily assume that this book, The Bloodprint, has to do something with ‘Andhon mein kana raja.’ But with her bold, intriguing characters, vivid scenarios, and intense conflicts all set within a well-constructed, action-filled plot, Khan’s first installment in her new fantasy series is truly remarkable and a must add to your reading list!