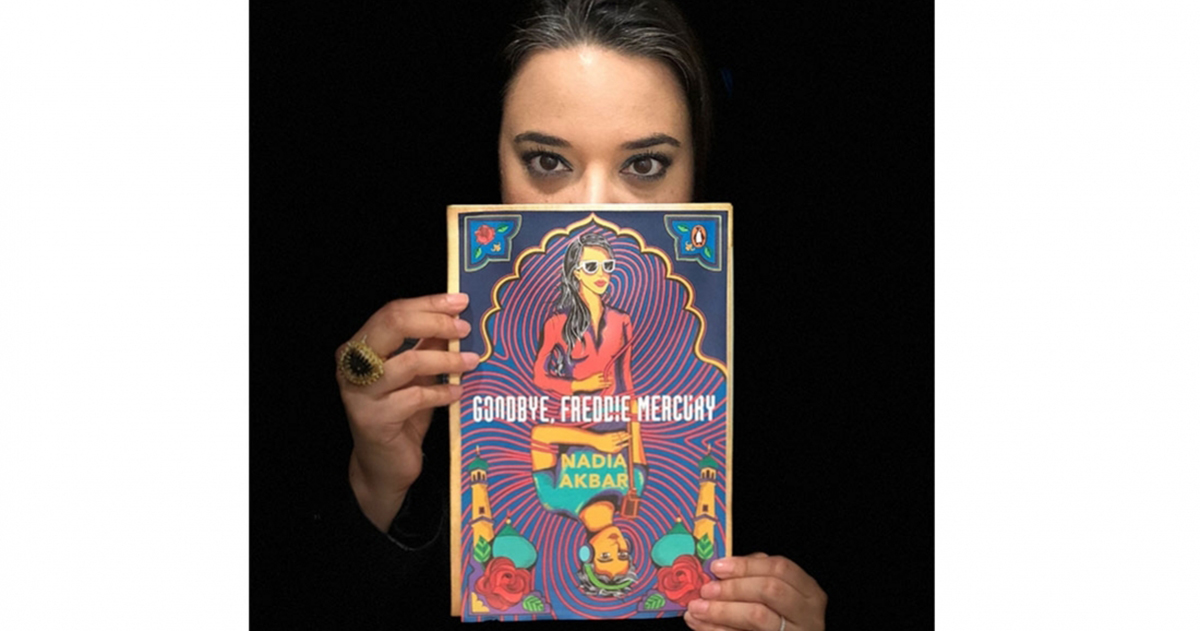 When elections 2018 fever was at its peak, the launch of Nadia Akbar’s debut desi novel was a supremely smart move: Set against the backdrop of elections itself, it gives a slice of Lahore and the treachery, drugs, crime, and other dark things that have tainted the politics of the country.


As an RJ, Nadia Akbar was a strong yet jaunty, funny desi woman, with a keen eye for detail and a mild obsession with the band Queen. It was no surprise that her novel was a reflection of all this and much more: From the eclectic cover, to the tone, characterization and the picturesque descriptions of Lahore, it has a refreshingly authentic Pakistani voice making it highly relatable to Pakistani readers, unlike the work of her contemporaries which centre on western audiences resulting in sub-continental characters becoming mere characterizations.

Goodbye Freddie Mercury is unfolded in the voice of two eccentric narrators through alternating chapters: Nida, a middle-class student of economics at Lahore College feels trapped in her house after the death of her brother in the army, and RJ Bugsy girl who doesn’t shy away from nasha she is introduced one night to an in-group of friends at Dodge Palace, the residence of Iftikhar Ali, the “right-hand man” of Salim Chaudhary, Pakistan’s Prime Minister. Nida’s eventual boyfriend, Omer, is Iftikhar Ali’s son and enters RJ Bugsy, his friend, the second point-of-view character. He loves rock music, idolises Freddie Mercury, and hosts a suave, English-language show on the radio. Bugsy is also attracted to Nida, earnestly, unlike Omer with his sense entitlement, but he keeps his feelings to himself. Through him we meet Moby, Bugsy’s estranged friend, who has a little favour to ask.

The story revolves around the intertwined lives of these characters and at one point, the extent to which the characters in this book are shown to be intoxicated is quite a disturbing picture of the elite children of the country.

What made us go errr…

Akbar makes us see, see, see. And hear. Action progresses slowly and almost begins to escalate as the summer progresses. The plot slackens and characters get shrouded and often overcrowded by elaborate descriptions. There is an anxiety and a sense of impending doom right from the beginning: Considering that the novel opens with a mention of the murder of Qandeel Baloch, it hints that Nida’s new associations will only lead her towards something grave and Moby’s return sets Bugsy’s life into a dangerous spin. The slump in the climax towards the end of the novel, therefore, comes as no surprise.

Despite this, what keeps the reader hooked are Akbar’s sharp observations about the behaviours, politics and music, firmly grounded in Lahore, so much so that the real character of the novel appears to be the mesmerizing city of Lahore, over and beyond the ghost of the eponymous Freddie Mercury who haunts its pages, lamenting all lost glory; The fluid and seductive mixture of language is really interesting as hipster English is juxtaposed with a fine twist of desi, which is actually the real language of Pakistani, global millennials, in denial of the hypocrisies that embed their lives in contemporary Pakistan; Akbar subtly weaves in the plot all the things in the back of your mind that  that you wish were different about modern, elitist Pakistan.

All in all, it is a rich, deftly created, uncompromising narrative which grows on to the reader. Need more unabashed women writers like Nadia Akbar with the prowess to make their work relatable and enjoyable to Pakistani audiences! Will you be reading her debut novel?