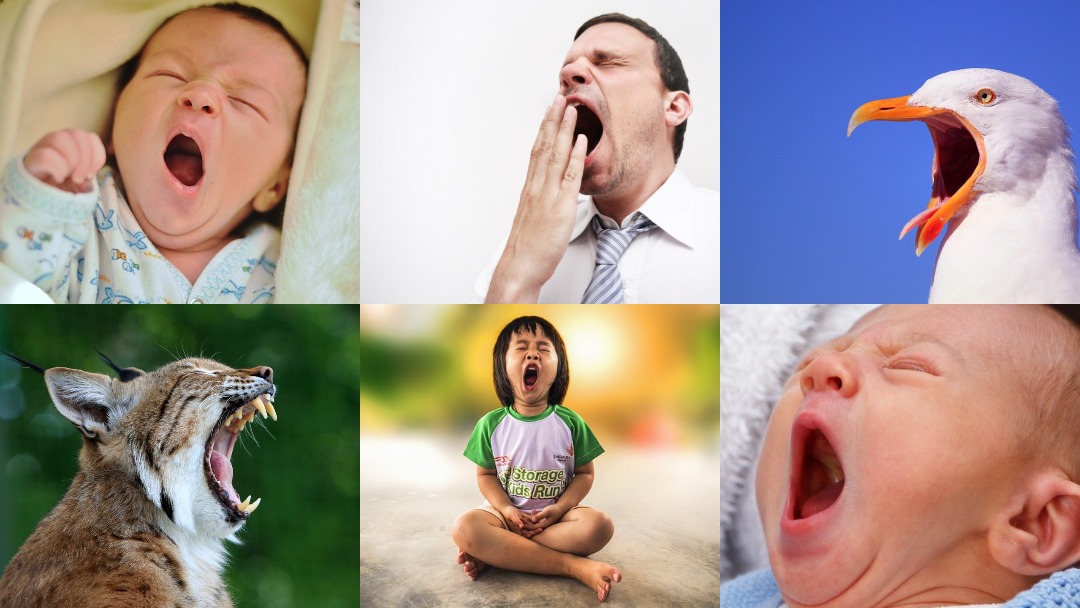 Have you ever wondered why you yawn when someone else yawns in front of you? Have you ever agonized about what causes this reaction or how many times an average person yawn a day? Here’s why it happens and few facts about yawning you probably didn’t know.

Why do we yawn?

There are so many incredible studies in the world, but yawning is a phenomenon which will always be a mystery for scientists, and they therefore have no concrete explanation. In some science books it is stated that a low oxygen level in our body makes us yawn, bringing in more oxygen from the surrounding and moving out carbon dioxide from the blood. Some theories suggests that yawns are preceded by increases in brain temperature. However, none of the theories were crowned as concrete. Let’s have a look at these facts about yawning which we pointed out for you.

There are categories of yawning

I can bet you did not know that there are two different types of yawning. First is spontaneous yawning because of boredom or fatigue. The second type is a contagious yawning when observing someone else doing it. Trust me, you can yawn before your dog or cat and you cannot resist that urge.

Thinking about yawning will make you yawn

There are more reasons that the yawn of the partner, child, or pet is contagious. The scientists also report that only the proposal of yawning is contagious – so it is also natural to yawn, if you just think about it, talks about it or hear it. Have you ever yawned while reading?

You yawned before birth

This one is one of the most mind-boggling facts about yawning. If you do not buy the fact that yawning is a natural human reaction, you should think about it again! Medical studies have shown that babies begin to yawn in the womb when they are 11 weeks old. 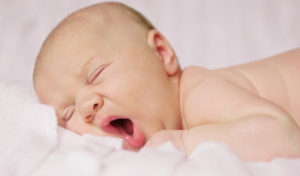 If you are a healthy person, regardless of age, gender, diet or fitness, you can yawn, according to the Harvard University publications, with a yawn-rate of 10 per hour, often in the early morning if you are like me, others yawn often in the late evening hours. This means that an average person yawns about 240,000 times in their lives.

Why do I yawn when someone else yawns?

Obviously you have more empathy than you thought. You cannot resist the urge to yawn after you observe someone else doing it. Elizabeth Cirulli, a professor of medicine at Duke University, found that the contagious effect of yawning is strongly dependent on the empathy. This also explains why people with desensitizing diseases – such as autism or schizophrenia – are less prone to contagious yawning. 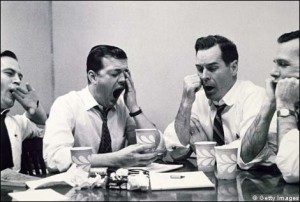 What happens when you resist the urge to yawn?

Absolutely nothing! A suppressed yawn does not lead to cramps, stabbing pain in the jaw, or even explode the head. In fact, scientists say that the act of yawning serves no purpose.

When you yawn it significantly indicates that it’s time to go to sleep. And yawning in society is perhaps the sign for the guests to leave now in peace. This is true in case of baboons. Biological studies have shown that baboons use the yawn as a form of nonverbal communication. The alpha male displays it by repeatedly yawning on the other baboons, that it is time to go to sleep

According to a study at Duke University, more the age, less frequent the yawning. In a group of 328 people of different ages, it has been shown that the older a person was, the less often they yawned during a three-minute film.

Yawning can indicate a poor state of health

Finally a proof that yawning does not have to always be offensive. According to a study by Harvard University you may yawn to a poor state of health and even serious diseases like Parkinson’s disease, multiple sclerosis (MS) or amyotrophic lateral sclerosis (ALS). 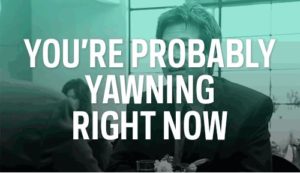 Because I did, while uploading the article!